The Red Drum massacres of 30 years ago

The Red Drum massacres of 30 years ago represent excesses in counter insurgency that no one wants to revisit. But memories die hard and a healthy way of living with the horrors is to admit them.
About 3,008 people - accused of being communist suspects - are believed to have died after being pushed down 200-litre red drums alive or semiconcious and incinerated. The atrocities began in military camps in a small village in Phattalung about two years before the events of October 13, 1973, and continued through 1975, according to a former special branch police officer. 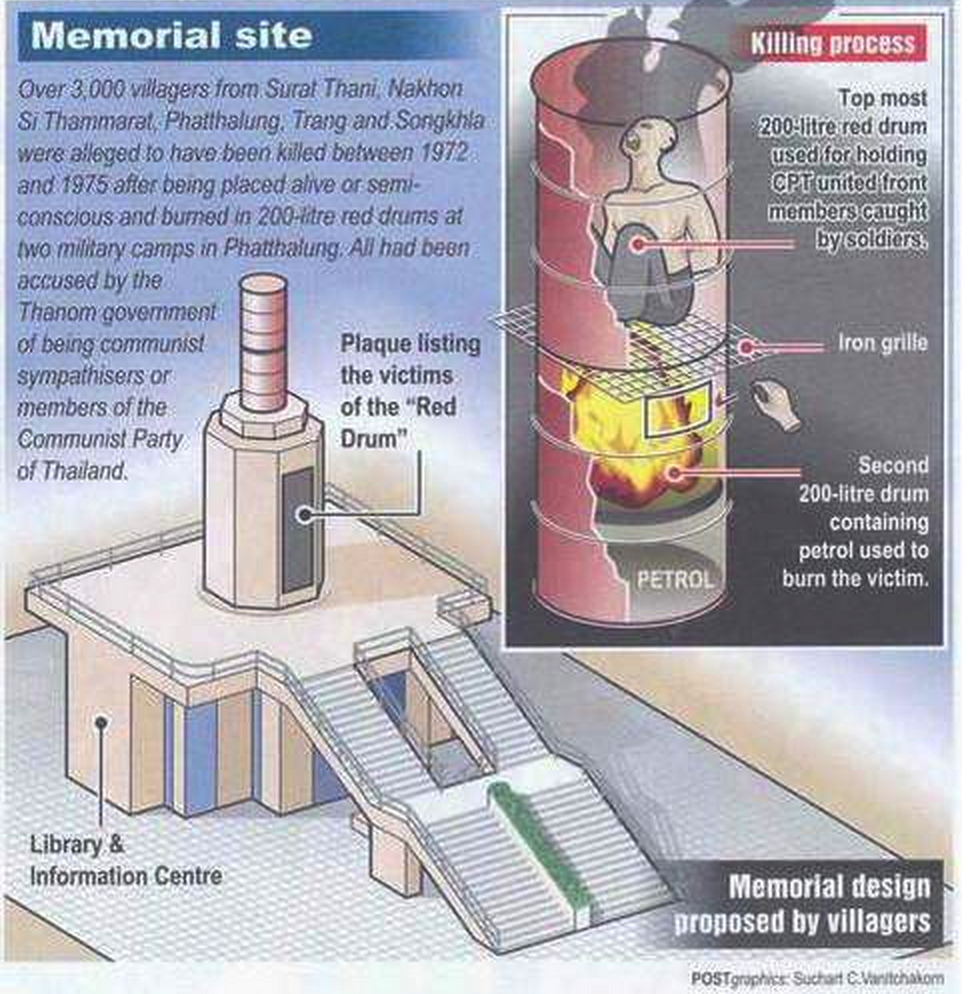 Posted by Asia Provocateur at 06:04