UPDATE: Zoe Daniel has accused me of committing defamation with this blog post and is threatening to sue me. Just to be clear I am not accusing Ms. Daniel of lying, nor suggesting she has lied in her reports. I can see why she might think the orginal title of my blog may convey that so have amended it, accordingly.  I stand by assertion that members of Bangkok's foreign media corps have almost certainly lied and continue to do so in regards to the cover-up that is being perpetuated for the Bangkok Massacre in 2010. I also don't know why Zoe can't just answer my question and, instead, reverts to false accusations of rudeness and an hysterical over-reaction with threats to sue. Would it be reasonable to ask Ms.Daniel if she has something to hide?

To be fair Zoe is not the worst of Bangkok’s toadying international media corps but, like most of them, does seem to overly rely on obvious Yellow-tinged English language sources such as the Bangkok Post and seems a bit in hock to those charming Democrat Party people who lunch at the FCCT. (What's also odd is so few of these long-term foreign correspondents ever quote or translate a Thai newspaper source - they're often more balanced and certainly offer a much broader view than the Post or the Nation -  I'm just a blogger and I can cite Thai news, so why can't the well-paid/resourced international media?) 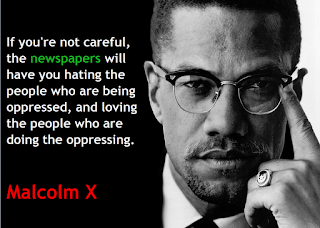 Yesterday, after violent far-right Yellow Shirt extremists were caught on camera attacking a peaceful gathering of Red Shirts, the Bangkok Post ran a short piece with some photographs. It contained a couple of lines from “reporters” (AKA as liars) who decided, in true Bangkok Post style, to make some stuff up about what had happened there.

Zoe, usually a reliable source, decided to tweet a link to this Bangkok Post article but failed to point out that the Post is controlled by the Democrat Party and is sympathetic to the Yellow Shirts. Zoe could’ve tweeted links to other sources that offered an alternative view to the Bangkok Post but didn’t.
Given that almost every single Thai language newspaper blamed the Yellow Shirts for starting the violence, something backed up by this video clip which shows a Yellow Shirt guard trying to calm down his own activists as they start the violence, and this report which states that at least one Yellow Shirt was armed with a pistol, it’s my view that Zoe, by only offering the Bangkok Post’s version, was not giving a balanced, truthful or fair representation of what occurred yesterday.

So I decided to ask Zoe directly what happened. My questions were direct and to the point. In the end Zoe, instead of answering any of my questions, accused me of being “uncivil”, “rude” and “antagonistic” and then blocked me. I don’t believe I was any of those things and can only conclude she’d been “caught out” and didn’t have an explanation.

It’s my view that the foreign media in Bangkok still have some very serious questions to answer about how they've portrayed events over the last few years. It’s also my view that many of them have knowingly lied about what happened during the Bangkok Massacre in 2010 and have been unwavering in their support for the Democrat Party and the Thai elites.

They portray one very obviously partial version of events as neutral and consider any alternative to be biased. They very clearly don’t like being questioned on this and routinely seek to personally denigrate and exclude anyone who dares to criticise them. They stand accused of being complicit with a cover-up of crimes against humanity and the journalists/media who realise this is happening but say nothing are equally as bad. It is a collective failure for which they have collective responsibility.

I didn't really want to single Zoe out and, as suggested above, don't think she is the worst, but the twitter exchange below is instructive in that it reveals the mindset of your typical Bangkok foreign correspondent. They struggle when it comes to their being questioned on anything.  No wonder Zoe ended up blocking me - I had her in a corner and it was obvious flight was better than answering me.

"Me to @seacorro am curious if you consider the Bangkok Post a reliable news source.

‪ Me to @seacorro So the jury system should be trashed and investigations are pointless then? I mean they don't witness anything firsthand.

Me to @seacorro Once again > Are the BKK Post a reliable source? I would say v obviously not. Does ur skepticism stop with them?

Zoe to @andrewspoooner Andrew. don't pick a fight with me for no reason, thanks.

Me to @seacorro A direct question is not a fight unless you feel defensive. You cite BKK Post as a source. Surely you must think they are credible

Zoe to @andrewspooner No, I linked to photographs on the Post website, those who read the article can make their own decisions. Goodbye

Me to @seacorro That wasn't just photographs but a report as well. The BKK Post are not "neutral" in anyway and shouldn't be portrayed as such

Me to @seacorro I get this sense that BKK international media corps really don't like be questioned. They get overly defensive. Can't think why.

Me to @seacorro And, as I said, why are you guys so defensive and evasive when asked difficult questions? You have a responsibility.

Zoe to @andrewspoooner Because you are rude and antagonistic. Unnecessary for civil discussion."

Posted by Asia Provocateur at 22:00