In the UK a very interesting debate is developing regarding the BBC's useless reporting of the wholesale changes the present government are making to the UK's National Health Service (NHS).

Suffice to say the BBC is getting a pretty rough ride from a lot of critics. Out in front is the Open Democracy organisation who have produced a withering and damning critique of BBC reporting on NHS changes entitled “How the BBC betrayed the NHS: an exclusive report on two years of censorship and distortion.” 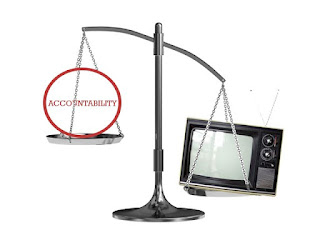 As the title suggests Open Democracy accuse the BBC of omitting key facts, distorting the debate, not allowing alternative views adequate space and of outright censorship. They also accuse the BBC of being too close to the government and of acting in an almost collusive fashion with private medical companies set to benefit from the end of the NHS.

There are a number of theories on why the BBC consistently refused to explain the NHS reforms in adequate terms or detail. For instance, a number of senior BBC staff have links with the healthcare industry. As Media Lens note, Dr Mike Lynch OBE, a member of the BBC’s executive board, has links to a number of firms in the health sector, including Apax Partners, “one of the leading global investors in the Healthcare sector”. BBC Chairman, Lord Patten, is on the board of Bridgepoint, a private equity firm with substantial healthcare interests

For me the BBC’s handling of NHS reforms mirror some of the failures of Bangkok’s international media corps. Omission, self-censorship, a failure to take into account alternative viewpoints and analysis and a familiarity with only one position that appears like a collusion and damages claims to neutrality.

We are very tough on our media in the UK if they fail to report accurately. Journalists and the media are not untouchable and absolutely must be criticised. The collective whinging from the foreign media in Bangkok when they are scrutinised is revealing of the “amaart-style” mindset that appears to have developed among them. They have cultural and social power and should be held to account. It's a healthy and democratic thing to do.
Posted by Asia Provocateur at 03:47